Some of John Wetton's work outside of ASIA. 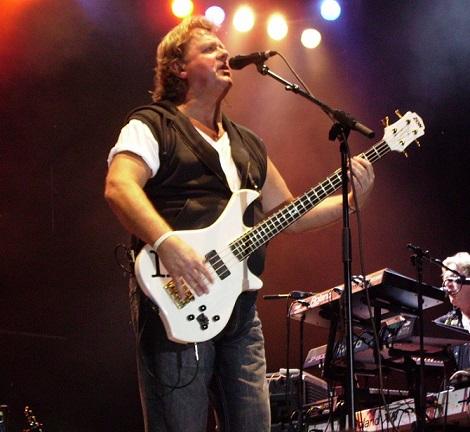 Through his years of work with Britain’s progressive rock royalty, John’s reputation grew as a bass player with tremendous faculties and depth.  His talent as a lead vocalist really began to shine with the release of his first solo album, Caught in the Crossfire.  When UK broke up in 1980, John looked for a new avenue for musical expression.  He found it in the select collaboration of some of the most talented members of the progressive rock scene, with the creation of Asia.  Their self-titled debut album was Billboard’s number one album of 1982.  Although the band temporarily parted ways in short order, John continued to produce beautifully written solo albums, including Voice Mail, Arkangel, Sinister, and the soundtrack for the film Chasing the Deer.

In 2003, he and Geoff Downes reunited as a songwriting team for his album Rock of Faith.  This paved the way for their collaboration as Icon, which produced three albums - the eponymous debut, Rubicon, & Icon 3 as well as a beautifully filmed live DVD performance at St. Mary-le-Bow church in London.  It also made possible the reunion of the original lineup of Asia.  After the launch of a successful reunion tour, John required emergency heart surgery.  Fortunately, he had a rapid recovery, and the band released their new studio album, Phoenix.  Fans were delighted with the tours and album, and they followed with another studio album, Omega.  John’s talent as a singer, songwriter, and bass player continue to shine and create the cornerstone for Asia’s unique sound.  His dedication to music provided fans with further solo work (Raised in Captivity), as well as Asia XXX.

This amazing musical output has generated a large and loyal fan base, and John has always been responsive in return. With his talent, work ethic, and kind heart, John Wetton has solidified his place in the hearts of fans, and has earned himself a place of honor in the world of music.

John passed away after a battle with cancer

This 2 CD set collects together both of John Wetton’s acoustic solo concerts for radio broadcasts. The XM radio broadcast was only available for sale via his website over 10 years ago and has never had a commercial release.

The Swedish radio broadcast (previously unreleased) was thought lost in a fire, until a duplicate of the master tapes was found thanks to a long and tireless search by John Wetton’s fans.

Of the release, John Wetton said: “Both of these shows are from the same time period, but come from very different sources. The first, a Circus tent-like venue in a funfair in Stockholm: the second, a state-of-the-art facility in Washington DC, so the repertoire is similar, but venues could not be more different. Recording production is superb on both, it's a document of a slice of my life.”

As a lead singer, bassist and songwriter, John Wetton initially rose to fame with King Crimson and after that Wetton co-founded UK. In the early 1980s he was the frontman of the super-group Asia, his biggest commercial success. ASIA’s self-titled debut album was the biggest selling album in the world in 1982 and the band continues to this day.

He later formed the duo Icon with Geoff Downes (YES and The Buggles) and has had a successful solo career releasing a large number of studio and live albums, including the recent compilation The Studio Recordings Anthology.

John Wetton's “Live via Satellite” will be released 9th October 2015 and is part of the ongoing release schedule of his own Primary Purpose label, working via Cherry Red 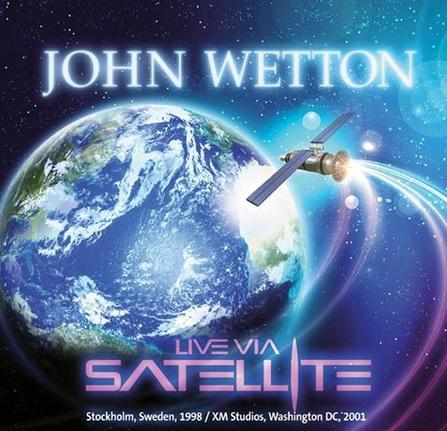 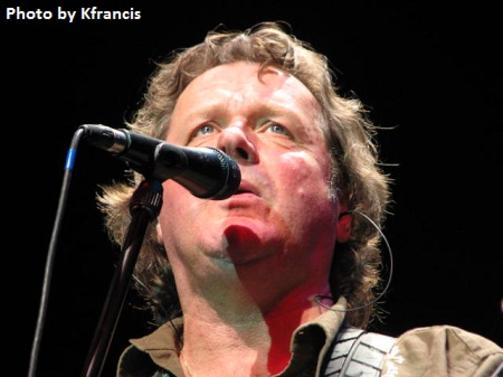