Prog legend Geoff Downes has played keyboards in The Buggles, Asia and Yes. He co-wrote the hits Heat of the Moment and Video Killed The Radio Star. It was at The Buggles’ reunion show in London back in 2010 that Chris and Geoff’s paths crossed for the first time.
From there, with Braide busy working with both Paloma Faith and Lana del Rey and Geoff recording Yes Fly From Here, it took a year of secret ‘moonlighting’ sessions to create ‘Pictures of You’; the stunning result left critics in awe.

Roll on to 2015: once again, the Downes Braide Association doesn’t let a busy schedule deter them.
Chris has just released the debut album for This Oceanic Feeling, his new project with Ash Soan and Lee Pomeroy, while Geoff is on the road with Yes. Again, the duo’s creative juices seem to thrive in
those stolen sessions, and Suburban Ghosts is born.

Chris Braide explains: “‘Suburban Ghosts’ is an album about isolation and loneliness in small town suburbia.” The story goes back to his and Geoff’s childhood in the small county of Cheshire in the North West of England: its beautiful varied countryside landscapes in contrast with grey industrial wastelands, the feeling of claustrophobia that led them both away looking for a new adventure and those sentiments of nostalgia as they come back to a town populated with the ghosts of their past. “A blank town under a sky full of stars, the same blank town you left behind,” continues Braide – “Now everyone has long gone, you're haunted by images of those former frost covered school gates and the laughter of children in the park and of the lovers you had once loved. The alternative life you could have lived. You see a photograph that reminds you how fragile we are. Somebody close to you whom you should have been there for. But it's too late to go back now. It's time to let them go, those suburban ghosts.”

Geoff Downes says about Chris Braide: “He never ceases to amaze with his application to the finest detail. And as on our previous collaboration 'Pictures Of You', I once again provided him with the musical fabric and raw materials, and from that point he has manufactured and polished our latest gem with the precision of a Swiss watchmaker.” Talking more about the creative process and influences behind ‘Suburban Ghosts’, he adds “Of course, the massive history of the thriving 60's, 70's of the music scenes of both Liverpool and Manchester can not be ignored and would be indelibly stamped on all of us, right the way from the Beatles to 10cc. But that's only a small part of the picture… I find it is quite difficult to describe in words as it’s a natural creation that comes from our collective hearts. Sure, some might say: technopop, 80's, electronica etc, but to us it’s much more than a label. This music is made with love. It is a true joint project.”

Join Chris and Geoff on this journey back to the land of their childhood as they relive the memories and put their suburban ghosts to rest. Immerse yourself in this powerful soundscape, let your own ghosts finally find their peace. 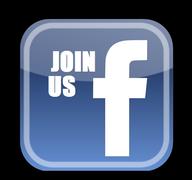 Unreleased Greg Lake & Geoff Downes Album “Ride The Tiger” To Be Released November 27th
London, UK- Much to the excitement of music aficionados worldwide, an unreleased album by legendary GREG LAKE & GEOFF DOWNES titled “RIDE THE TIGER” will finally see the light of day on November 27, 2015! Greg Lake is the co-founder of KING CRIMSON and EMERSON LAKE AND PALMER (ELP), and wrote the hit “LUCKY MAN” and co-wrote “I BELIEVE IN FATHER CHRISTMAS”. Geoff Downes is the keyboardist in THE BUGGLES, ASIA and YES, and co-wrote the hits “VIDEO KILLED THE RADIO STAR” and “HEATOF THE MOMENT”.
“Ride the Tiger” contains six songs which the duo wrote together - one went on to became an ASIA song and two became ELP songs. Four of these tracks had been released on compilations before, but this is the FIRST TIME they have been collected together with TWO PREVIOUSLY UNRELEASED tracks PLUS one
alternate mix.
“To be honest I thought that these recordings had simply disappeared off the radar until one of my management team Daniel Earnshaw reminded me of their existence. My initial reaction was not entirely positive as I generally view many of these re-releases to be a bit tiresome, however, upon hearing these recordings again I immediately identified their value, both in terms of song writing and of musicianship and production. Geoff, of course, is a masterful musician with an instinctive ability to maximise the potential of any song both as a player and as an arranger. His contribution to these recordings is clear for all to see and for me it was a real pleasure to reflect upon our friendship together both personally and as musicians.” - Greg Lake
“One of the privileges of my career has been the opportunity to embrace a number of bespoke projects with some of the world’s greatest musicians.
Greg Lake, of course was at the forefront of the progressive revolution, lead vocalist and bassist with both King Crimson and ELP, bands which literally changed the world, pushing boundaries of excellence and creativity, creating a brand new musical genre from London which would soon captivate the planet.
This collection of songs represents a particularly creative period in my life. I’m delighted that Greg and I have rekindled our friendship, and worked together again in order to share this collection with you.” – Geoff Downes
Track Listing:
1. MONEY TALKS
2. LOVE UNDER FIRE
3. AFFAIRS OF THE HEART
4. STREET WARS
5. CHECK IT OUT
6. BLUE LIGHT
7. LOVE UNDER FIRE (ALTERNATE MIX)
Amazon CD: http://geni.us/1UEo
Amazon Digital: http://geni.us/34nB
Cherry Red: http://shop.cherryred.co.uk/shopexd.asp?id=5241
Greg Lake's official website: www.greglake.com
Geoff Downes official website: www.geoffdownes.com
Press inquiries: Glass Onyon PR, PH: 828-350-8158 (USA),
glassonyonpr@gmail.com 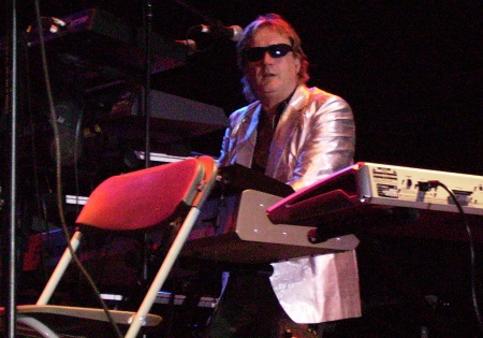 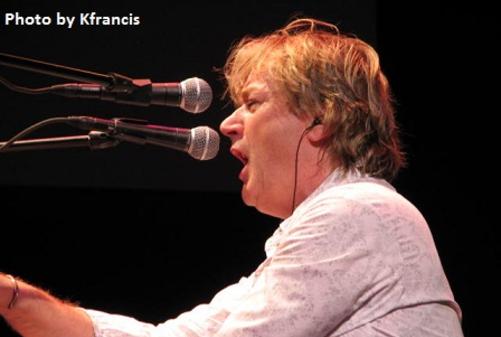 Below are some of Geoff Downes' other works

For twenty-five years, Geoffrey Downes has been one of rock's most successful and talented keyboardists. Downes' parents taught him music -especially the piano and organ- at an early age. This informal training, along with the formal musical instruction at The Leeds School of Music, helped shape Geoff Downes' enormous talent and make him one of the greatest keyboardists in rock. Starting with The Buggles, Geoff Downes teamed up with Trevor Horn and together they created 'Video Killed The Radio Star', one of the most memorable songs from that era and the first and most often-played video on MTV. With that one song and video, Downes accomplished more than most musicians do in an entire career. And Downes was just getting started... In the late Seventies and early Eighties, it appeared that 'progressive', or 'art' rock was going the way of the dodo. King Crimson, Emerson, Lake and Palmer and Yes (a band Downes and Horn had briefly joined) had split up. John Wetton (King Crimson) and Steve Howe (Yes) had been playing together for weeks. Carl Palmer (E.L.P.) joined later. Finally, Howe suggested Geoff Downes for the role of keyboardist. Luckily for Wetton, Howe and Palmer, Downes turned down an offer to join Foreigner. Not only did Downes show what a geat keyboardist he was, he also showed an instinct for the pop hook that would make Benny Anderson and Bjorn Ulvaeus proud. A new band was formed: Asia. In the late seventies and early eighties, the intelligencia in music had declared the age of punk and new wave. According to the critics (who always despised 'art' rock), an artist who actually could play his instruments or sing was considered 'pretentious', while some talentless schlemiel who couldn't master one chord, let alone three was hailed as the vanguard of not only a superior form of music, but a political movement as well. Like most crank theories, this one was ignored in droves by the public at large, who desperately wanted to hear real music. Real music is exactly what Asia delivered in the spring of 1982. Suddenly all the drag acts, clowns, freaks and dilletants were washed away like so much dust after a monsoon. The gimmick was the simple fact that there wasn't a gimmick. The music did all the talking. What is amazing about Downes' music with Asia is the fact that most of it is played on piano and organ. The electronic instruments are used sparingly and (in my opinion) to greater effect. His technique of using 'washes' instead of virtuoso pieces was very different from prog keyboardists like Keith Emerson, Rick Wakeman or Patrick Moraz. Downes' style is a combination of old-style background playing a la Mike Pinder or Jon Lord and futuristic elements that seem almost Vangelis-like. Nothing shows this better that a signature note Downes plays on 'Video Killed The Radio Star', 'Wildest Dreams', and 'Bed Of Roses', a track he played with Glenn Hughes. It goes: [dah-DEE-dah-dah... dah-DEE-dah-dah]. It seems so simple and yet it's so powerful in the way it provokes emotion in the listener. Sometimes less is more. During his tenure with Asia, Geoff Downes co-wrote three U.S. Top-40 hits. 'Asia' and 'Alpha' both sold millions of copies. Downes produced GTR, another successful album with ex-bandmate Steve Howe. His unjustly ignored 'Work Tapes' with Glenn Hughes is brilliant and shows that his demos are more interesting that 99 %of the music that is heavily promoted today. But his influence is beyond the Billboard rankings. His solo instrumental albums are clearly among the forerunners of techno music. It's also been forgotten that ever since Asia sold ten million copies (and spent nine weeks at #1 on the album charts), many bands suddenly tried to copy the sound Geoffrey Downes played so successfully. Journey's album 'Frontiers' showed Downes' influence, as did Foreigner's 'Agent Provocateur'. April Wine, Wang Chung, Rainbow and (alomost comically) Europe all tried to out Downes Downes. Even heavy metal bands like Whitesnake were using washes and hooks. Despite all of his success and influence, Geoffrey Downes is the antithesis of the egomaniacal musician. He seems to go out of his way not to blow his own horn. Take a well-deserved bow, Mr. Downes. You've earned it. 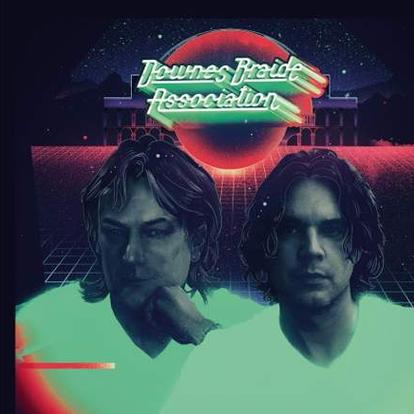 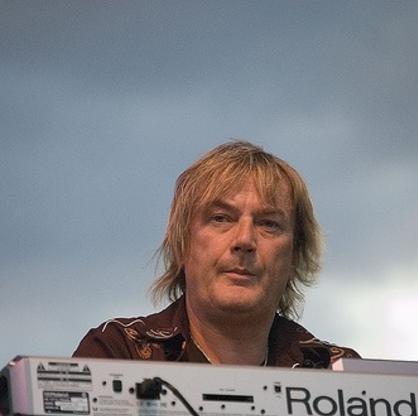 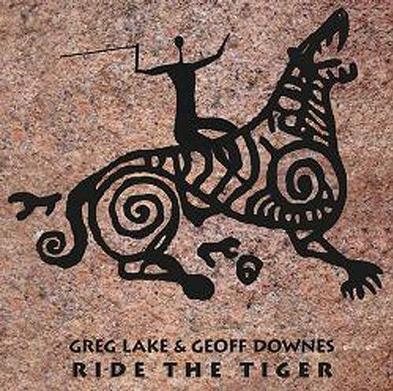